When it comes to Cummins generator, it is well known that the gensets have good quality, low fuel consumption, low noise, big output power and reliable performance. The reliable stability, economy, power performance, durability and environmental safety is welcomed by customers.

In last article, we talk about CCEC Cummins diesel engines operating principles. Well, in this article, you will learn what are the major components of its PT Fuel System. 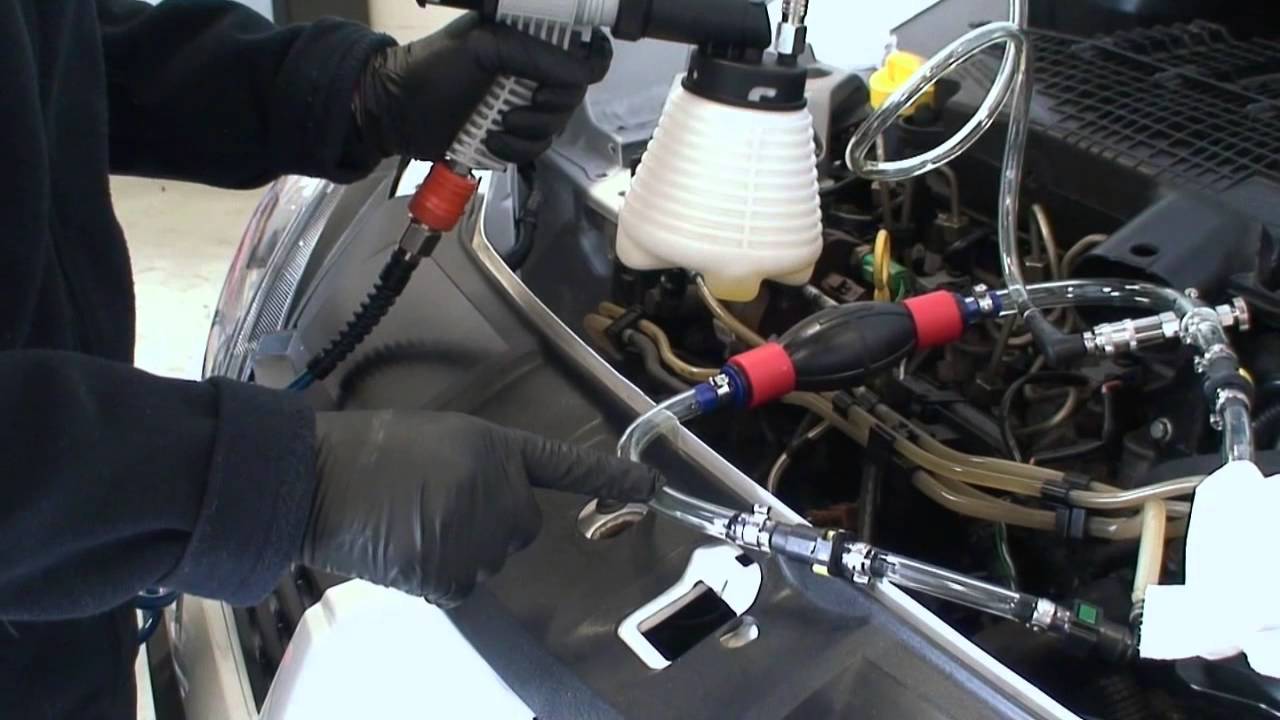 The PT fuel system is used exclusively on Cummins Diesels. The identifying letters, “PT” are an abbreviation for “pressure-time”.

Topics are (1) more about the cummins fuel system, (2) calibrating the pt fuel pump, (3) calibrating the fuel. Injectors, (4) understanding the shutter system, (5) the shutter, (6) shutter control cylinder, and (7) shutter. The module consists of a self - instructional. Branch programed training film 'operation of the.

2. A means of controlling pressure of the fuel being delivered by the fuel pump to the injectors so individual cylinders will receive the right amount of fuel for the power required of the engine.

3. Fuel passages of the proper size and type so fuel will be distributed to all injectors and cylinders with each pressure under all speed and load conditions.

4. Injectors to receive low-pressure from the fuel pump and deliver it into the individual combustion chambers at the right time, in equal quantities and proper condition to burn.

The fuel pump is coupled to the fuel pump drive which is driven from the engine gear train. Fuel pump main shaft in turn drives the gear pump, governor and tachometer shaft assemblies.

Fuel injection pumps must be supplied with fuel under pressure because they have insufficient suction ability. All diesel injection systems require a supply pump transfer fuel from the supply tank through the filters and lines to the injection pump.

The gear pump is driven by the pump main shaft and contains a single set of gears to pick up and deliver fuel throughout the fuel system. Inlet is at the rear of the gear pump. A pulsation damper mounted to the gear pump contains a steel diaphragm which absorbs pulsations and smooths fuel flows through the filter screen and to the governor assemblies. 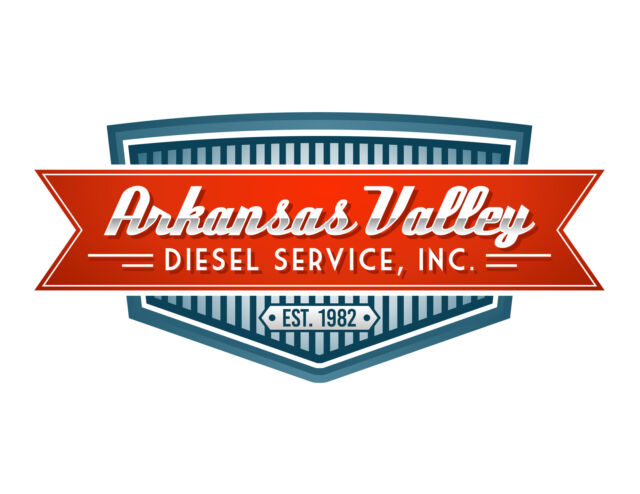 The throttle provides a means for the operator to manually control engine speed above idle as required by varying operating conditions of speed and load. 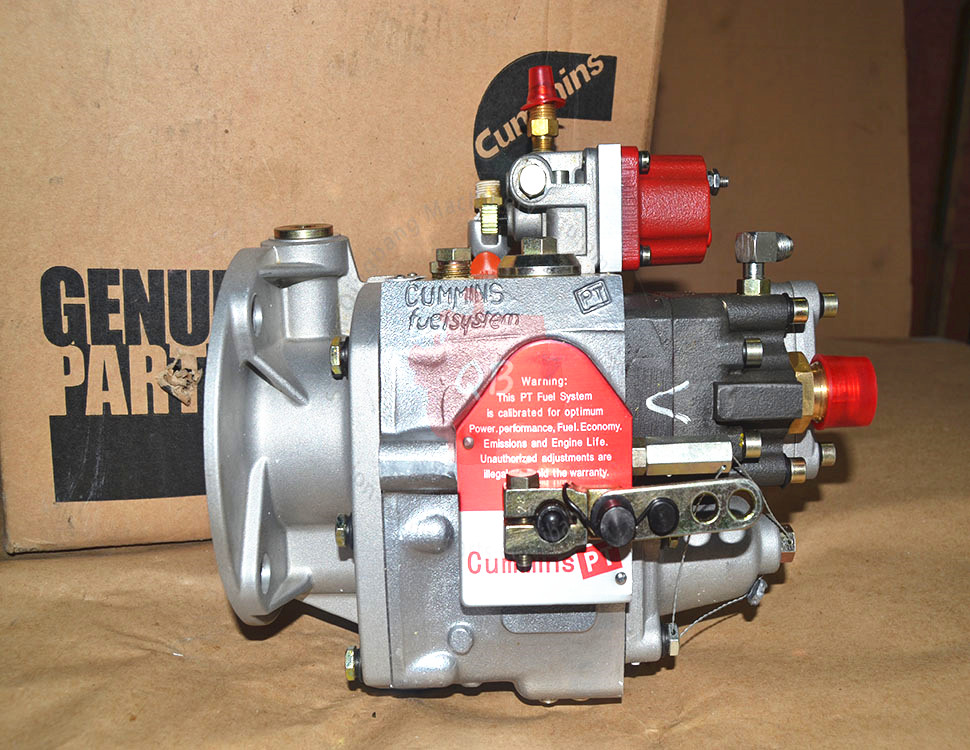 The PT (type G) VS fuel pump, is made up of four main units; the gear pump, standard governor, throttle and a VS (Variable Speed) governor. 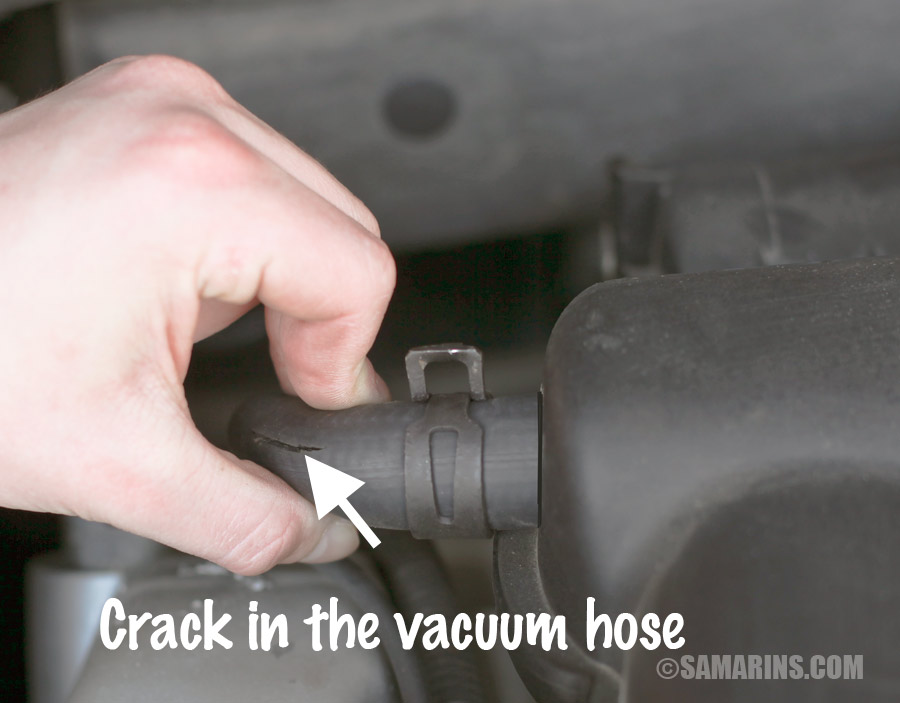 The “Standard” governor is actuated by a system of springs and weights, and has two functions:

1. The governor maintains sufficient fuel for idling with the throttle control in idle position.

2. It cuts off fuel to the injectors above maximum rated rpm.

During operation between idle and maximum speeds, fuel flows through the governor to the injectors. This fuel is controlled by the throttle and limited by the size of the idle spring plunger counter bore. When the engine reaches governed speed, the governor weights move to governor plunger, and fuel passages to the injectors are shut off. At the same time another passage opens and dumps the fuel back into the main pump body.

In this manner, engine speed is controlled and limited by the governor regardless of throttle position.

The VS governor, in the upper portion of the fuel pump housing, operates in series with the standard governor to permit operation at any desired (near constant) speed setting within the range of the standard governor. Speed can be varied with the VS speed control lever, located at top of pump. This pump gives surge free govern ring throughout the engine speed range with a speed droop smaller than the standard governor and is suited to the varying speed requirements of power take off, etc.

Note: When operating the PT(type G) VS fuel pump at any desired constant speed, the VS governor lever should be placed in operating position and the throttle locked in full open position to allow a full flow of fuel through the standard governor.

The injector provides a means of introducing fuel into each combustion chamber. It combines the acts of metering, timing and injection. Principles of operation are the same for Inline and V-engines but injector size and internal design differs slightly.

Fuel supply and drain flow are accomplished through internal drillings in the cylinder heads. A radial groove around each injector mates with the drilled passages in the cylinder head and admits fuel through an adjustable orifice plug in the injector body. A fine mesh screen at each inlet groove provides final fuel filtration.

Fuel flows from a connection atop the fuel pump shutdown valve through a supply line into the lower drilled passage in the cylinder head. A second drilling in the head is aligned with the upper injector radial groove to drain away excess fuel. A fuel drain allows return of the unused fuel to the fuel tank.

The injector contains a ball check valve. Ad the injector plunger moves downward to cover the feed opening, an impulse pressure wave seats the ball and at the same time traps a positive amount of fuel in the injector cup for injection. As the continuing downward plunger movement injects fuel into the combustion chamber, it also uncovers the drain opening and the ball rises from its seat. This allows free flow through the injector and out the drain for cooling purposes and purging gases from the cup.

Supply And Drain Lines - Fuel is supplied through lines to cylinder heads. A common drain line returns fuel not injected, to supply tank.

Connections - Fuel connectors are used between the Inline engine cylinder heads to bridge the gap between each supply and drain passage.

Shut-Down Valve - Either a manual or an electric shut-down valve is used on Cummins Fuel Pumps.

Attention: With a manual valve, the control lever must be fully clockwise or open to permit fuel flow through the valve.

With the electric valve, the manual control knob must be fully counterclockwise to permit the solenoid to open the valve when the “switch key” is turned on. For emergency operation in case of electrical failure, turn manual knob clockwise to permit fuel to flow through the valve.

No matter it is engine’s fuel system or other parts, it is very necessary and important to know about the related knowledge if you want to prolong the generator set service life. Also, familiar with the operation, it is convenient to do the maintenance in the future.

state of balance can exist. If, however, the load is increased or decreased, a corrective action will be initiated. The bell crank lever and pivoting differential lever will be moved by the action of the governor spring or weights to reestablish a state of balance.

Remember the governor can only react and change to the rpm of the engine.

The variable speed mechanical governor is readily identifiable from the limiting speed governor by the fact that it has only one lever on the top of the governor cover, which is the stop/run lever. The speed control lever is located vertically on the end of the governor spring housing. A large booster spring is attached between the speed control lever and a bracket on the cylinder head, used to assist the operator in overcoming governor resistance during throttle movement. The letters SWVS (single-weight variable speed) are stamped on the governor identification plate.

NOTE Before performing any adjustments or repairs to the governor, it is recommended that you consult the manufacturer's service manual.

Over the years Cummins has produced a series of innovations, such as the first automotive diesel, in addition to being the first to use supercharging and then turbocharging. All cylinders are commonly served through a low-pressure fuel line. The camshaft control of the mechanical injector controls the timing of injection throughout the operating range. This design eliminates the timing-lag problems of high-pressure systems.

To meet Environmental Protection Agency (EPA) exhaust emissions standards, Cummins offers the Celect (electronically controlled injection) system. Since the Celect system did not start production until 1989, there are literally thousands of Cummins with pressure-time (PT) fuel systems. We will discuss the operation of the PT system first, then discuss the basic operating concept of the Celect system.

The pressure-time (PT) fuel system (fig. 5-28) is exclusive to Cummins diesel engines; it uses injectors that meter and injects the fuel with this metering based