Once again, Team Danganronpa has dropped the third version of the game to facilitate its fans to continue accessing the horrific world of children characters who wake up in a fortified campus only to realize that they were kidnapped and placed in the school. The version is a step up from Danganronpa 2: Goodbye Despair whose environment is behind a resort in a tropical island. The major difference is the story line but gimmicks about gameplay is the same. Danganronpa V3: Killing Harmony is a killing game and the 16 students have to strive to stay alive in a murderous world that is characterized by winding story twists and turns of their despair-inducing adventures.

This new version does not drift afar from the previous two versions as the graphics is still anime like and the game bolstered in a pop art fueled hybrid adventure just like the others. The game features adventure exploration, courtroom drama and murder mysteries that need solving through investigations.

The Plot of the Game

The 16 students wake up to find themselves trapped in the fortified school where no one can get out or come in. A bloodthirsty bear mascot Monokuma is responsible for their predicament and wants them to participate in a killing game where they have to murder each other. 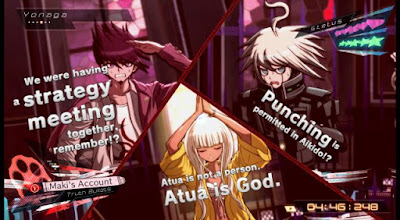 Danganronpa V3 is divided into three segments where the students have to participate in classmate interactions, exploration in daily life which comprises of activities that contrast the ever so murderous horrors and grisly investigations that dominate the game. However, the first person wandering along the narrow school walls and unlocking of different levels gets kind of old and boring. It is a calm endeavour after being geared up for some action and horror.

But I must agree that the story development and free time sequences where you can have conversations with your classmates and grow particularly close to them makes it worth your while. It is more intriguing and delightful to learn more about the other characters that you grow close to. 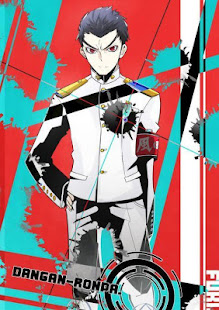 It is during the class trials that things get quite spicy. Danganronpa V3 treats you to a wide array of mini-challenges involving timely based minigames, minesweeper, race games and other forms of puzzles. These minigames stimulate a sense of high stakes emotional tension of arguing uniquely.

During the trial, the game allows you to lie but the penalty solicited is huge that it will make you consider whether the lie worth your while. However, in some scenarios, it is important to lie. The false statements are engineered to shoot down an argument but as I said, the lie is costly.

I must say that you will find that the most unique and appealing feature in Danganronpa V3 is the characters. You would find them wonderfully weird with each having a unique personality. For instance, hulk Gonta is speech impaired but extremely lovable. Gonta loves insects and desires to be a gentleman by trying to help everyone.