Microsoft Corporation is an American company founded on April 4, 1975, by Bill Gates and Paul Allen. It develops and manufactures computer software and electronics. It is the largest software company in the world. Microsoft is best known for developing software like MS Windows and the MS Office suite.

Microsoft Office is a client-server software developed by Microsoft which offers convenient features for people from every walk of life. It was first announced by Bill Gates on August 1, 1988. The first version of Office contained Microsoft Word, Microsoft Excel, and Microsoft PowerPoint which are also the most used processing tools of MS Office. Microsoft also offers its Office apps to mobile operating systems like Android and iOS. In this article, we will discuss different methods to uninstall and reinstall Microsoft Office on Mac.

The desktop version was the first software of its kind that was developed by Microsoft. It is supported both by the Windows and macOS operating systems. Since then it is also offered as an online tool that runs in the web browser of your computer. Microsoft Office 2019 is the latest version of the software that is being branded under the name of Office 365. The newest version was released on September 24, 2018.

MS Office is one of the most important software on the Mac used for various functions. Microsoft offers new and advanced updates regularly on Office 365, sometimes the auto-update feature does not work on Mac. This will force you to uninstall the older version of Office and reinstall the newer one. Here are some of the reasons that would prompt you to Uninstall MS Office on Mac:

In this article, you will learn how to uninstall and reinstall Microsoft Office on Mac.

Part 2. How to Uninstall Microsoft Office on Mac?

You may be prompted to uninstall Microsoft Office to fix some bugs in the existing version installed on the computer. You may also want to install the newest version that includes the features you need. No matter what kind of situation you are facing, there's an answer to every problem. We will show you how to properly uninstall all apps and features of Office 365 on Mac manually.

An official Office removal tool is offered by Microsoft to the users of the Windows Operating System. There is no such tool provided on MacOS that would instantly remove the software from the system. It is a bit complex when it comes to uninstalling apps on Mac and the library files that they create with them. To remove MS Office manually, you are required to sign in the system using the administrator account.

There is a whole three-part process to manually uninstall office from Mac:

You can completely delete MS office from the system by following the steps mentioned below:

Even if you delete the main file from the computer, the service files still remain on your disk until you remove them manually. macOS doesn't provide any default tool to find and remove the leftovers of MS Office. You have to search for them yourself. The next phase in removing MS Office files completely from the system is to delete them from the Library Folder. Here are the steps:

Here are the mentioned files that should be removed if found in the containers box: 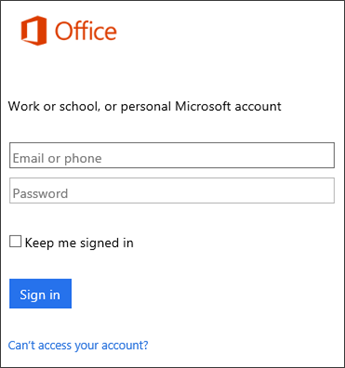 How To Uninstall And Reinstall Microsoft Office 2011 For Mac

Here is the list of files that should be removed to completely uninstall MS Office from Mac:

You should carefully remove all the files created by Microsoft Word, but be sure not to delete any other file. Deleting other important library files may damage the system. After removing the files please restart your Mac.

Mac Dock is known as the launching pad for different kinds of applications in the Mac. It works just like like Windows taskbar but it has animations. It allows you to open the apps that you frequently use with just one click. Free vmware download for mac. To completely remove MS Office from Mac the last piece of the puzzle is removing the shortcuts from Mac Dock. Here are the steps:

After completing the procedure, the software will be completely removed from the system. Restart the Mac to complete the process. You will find no trace of MS Office on your computer.

Part 3. How to Install or Reinstall Microsoft Office on Mac?

Microsoft products come with a product and activation key. If you already have one then before installing Office, sign in with your existing account, and enter your product key. You can always make a new account. Here are the steps to install MS Office on your Mac:

Part 4. Tips for Installing and Uninstalling Microsoft Office on Mac:

Microsoft Office one of the useful applications if you are using your Mac for business purposes and school work. Precautionary measures must be taken before installing or even Uninstalling the software. As some sort of negligence might damage the software, the operating system, or the computer itself.

Below is the list of precautions that should be taken before uninstalling and Reinstalling Microsoft Office on Mac.

Despite the effort, Apple's iWork has not come close to undermine Microsoft Office. MS Office is still the most preferred software in the world. Microsoft Office for Mac offers great features that can enhance the overall experience of the user. It provides added functionality and improvements for the users to perform their tasks at hand with ease. Sometimes during an update, a minor internet or storage problem can halt the installation process entirely. This might cause the MS Office to not function properly. To fix the problem you might have to Uninstall and Reinstall the program. Now you know exactly what to do whenever such a problem arises.

If you find some important data lost when uninstalling and reinstalling the Office programs on Mac, download Recoverit Data Recovery for Mac and check out how to recover missing files in 3 steps.

§ How Do I Locate Mac Address For My Samsung Note 4

§ Can I Run Photoshop On Macbook Air