Middle-Earth: Shadow of War gives players plenty of fantastic open world to explore, and a ton of enemies to take down. When you’re taking on enemies that are as difficult as some of those in Shadow of War, you’re going to want to be able to ensure that you don’t lose any game progress when and if you die to an enemy. That’s why it’s always important to know how to save your game, and today we’ll go over everything you need to know about how Shadow of War saves your game, how to save your game manually, and more.

How to Save Your Game

Shadow Of War Save Game Editor

As we said before, saving your game is important because it limits the amount of progress that you can lose if your game crashes, you die before another checkpoint, or just if things somehow get wonky and you want to reload. In this day and age, things have become very convenient, with most games allowing players a way to manually save the game, as well as a way to quick save the game at any point during their playthrough. Unfortunately (or fortunately, depending on how you look at things) Middle-Earth: Shadow of War does not allow players a way to manually save or quick save their progress.

As it stands right now, Shadow of War is only saveable once you reach an autosave point within the game. This means you can’t manually record your progress, or even quick save it to go back on decisions or retry hard-to-complete moments in the game. However, if you really want to make sure you’re keeping all of your progress, there is one trick that you can do to force the game to save your current progress in Shadow of War.

How to Force an Autosave

Like any large open-world roleplaying game, Middle-Earth: Shadow of War, fast travel will be an important part of your playthrough. Now we’ve already covered how to fast travel in Shadow of War, so be sure to take a look at that guide if you have any questions about how the system works. While there isn’t a manual save area, and you don’t have the option of quick saving, you can force the game to autosave your progress, though it will involve having to wait on a loading screen.

See, every single time you use the fast travel option in Shadow of War, your game will autosave. You can use this to your advantage to force Shadow of War to autosave your progress. While it isn’t the neatest save option available, it’s the only option that players really have if they want to save their game outside of the normal autosave channels.

Now that you know all about how to save your game in Middle-Earth: Shadow of War, be sure to head back over to our Shadow of War guide to find even more in-depth articles that show you how to complete the game and become the greatest warrior that Mordor has ever seen.

Josh has been exploring fantastic worlds and getting lost in video games for as long as he can remember. Starting out on the Super Nintendo with Super Mario World, and ending up in the world of next-generation gaming. He enjoys digging into the story and lore of massive RPGs, as well as getting lost just trying to make that last jump in any platformers he gets pulled into, as well as everything in between. He holds a Bachelor of Fine Arts in Creative Writing for Entertainment.

How to import your Nemesis into Shadow of War is probably one of the first questions you'll have when starting up a new game of Shadow of War, especially, of course, if you played much of its predecessor Shadow of Mordor.

Here in this guide we'll explain exactly how to do that, as well as how to import your Follower into Shadow of War, and explain the Nemesis Forge and how choosing your Nemesis and Follower works, so you can prepare to import them when you get the chance.

For more on Shadow of War, meanwhile, our comprehensive Shadow of Mordor guide and walkthrough has just about everything you need to know. 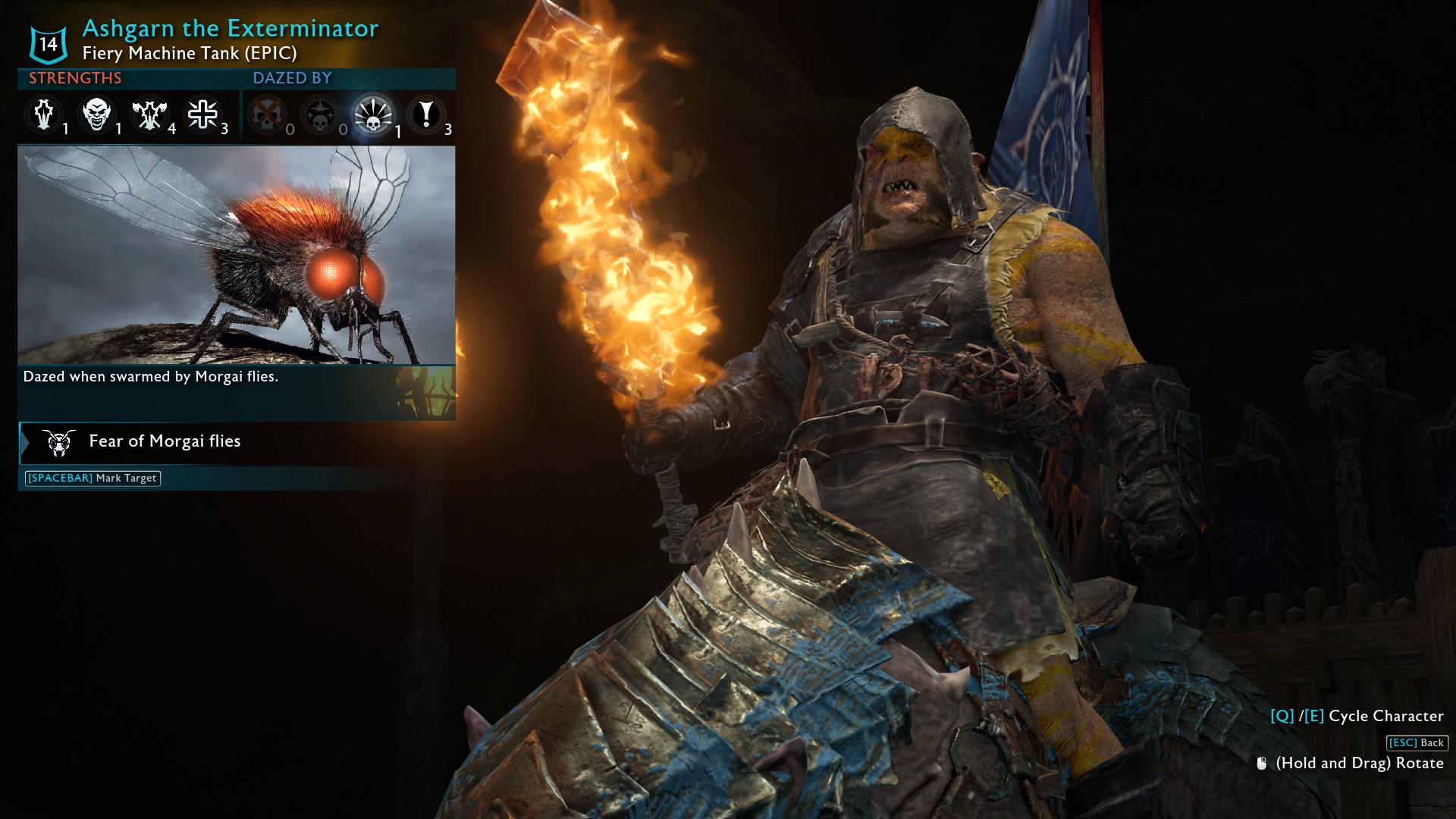 Shadow Of War Save Game File

Shadow Of War Save Game

The Nemesis Forge is a mode that was added to Shadow of Morder just a few months before the launch of Shadow of War.

In brief, it's a mode that's completely distinct from your main Shadow of Mordor playthrough that takes a snapshot of your save, and imports a full roster of the orcs you've interacted with the most (if you haven't interacted with enough to fill out a complete roster on the Nemesis screen, it randomly generates more to pad it out).

In Nemesis Forge, you basically have a free run of the Nurnen area, with all skills unlocked, and just the orcs that were imported into it making up the area's captains and warchiefs.

Most importantly, it's here that you'll be able to manipulate which Nemesis and Follower is imported into Shadow of War.

How to choose which Nemesis and Follower is imported into Shadow of War:

The Nemesis Forge lines up orcs in order of the strength of your relationship, from top left to bottom right. That means the top left will probably be your Nemesis, and somewhere else in the stack of orcs will be your Follower. 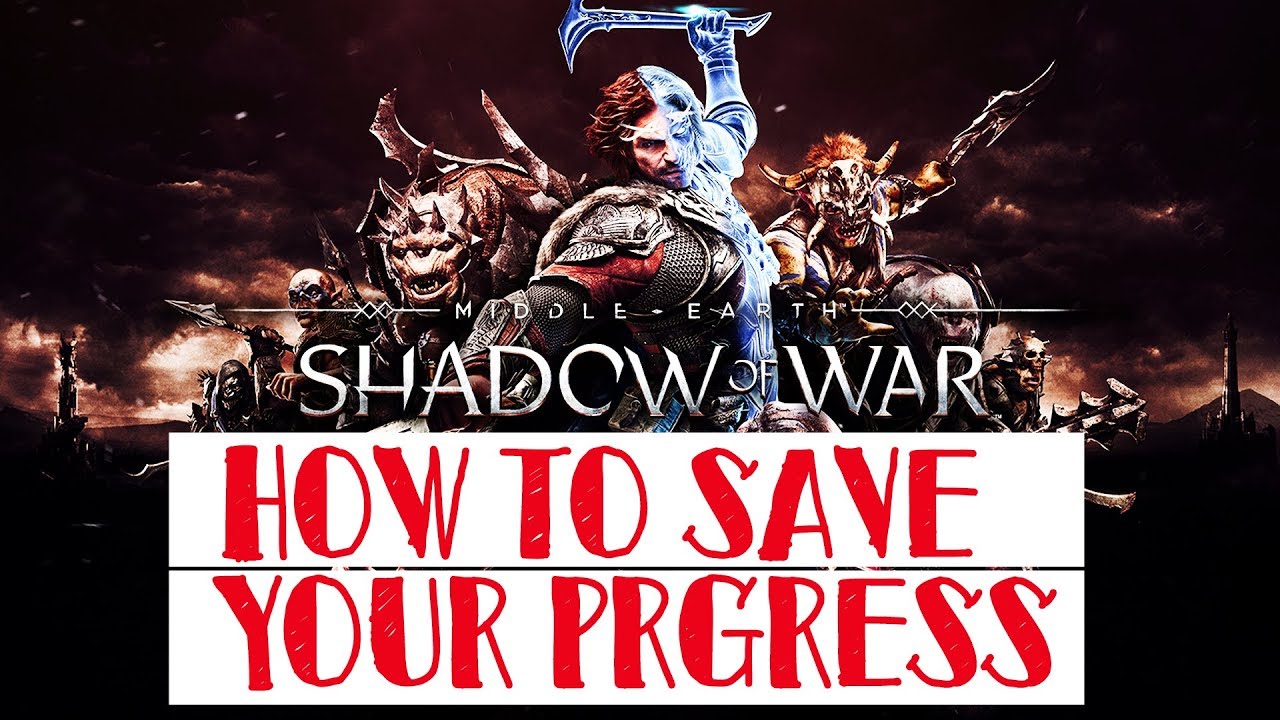 For a quick exploit, you can add a small amount to an orc's Nemesis score by targeting them in that army screen. Do this over and over again - switching target to a different orc with a lower rating, and back again - will gradually boost their score, until they become your Nemesis.

Note that it takes longer to do the further down the order they are, but it's just about always the fastest way to do it when compared to methods like finding them, engaging them, and running away from battle several times.

For your Follower things work similarly. Any orc that you've dominated - shown by them glowing blueish-white from the eyes - can be your Follower, and to choose a new one you'll need to increase the strength of your relationship together. To do that, send them on special Follower missions and help them to make sure they succeed, and likewise help in any Power Struggles they may have, and they'll quickly become your Follower.

Neo geo cd emulator mac. Once you've chosen them, simply hop into Shadow of War, get cracking on your playthrough, and as long as you're on the same platform as your Shadow of Mordor save, they'll eventually arrive in-game! 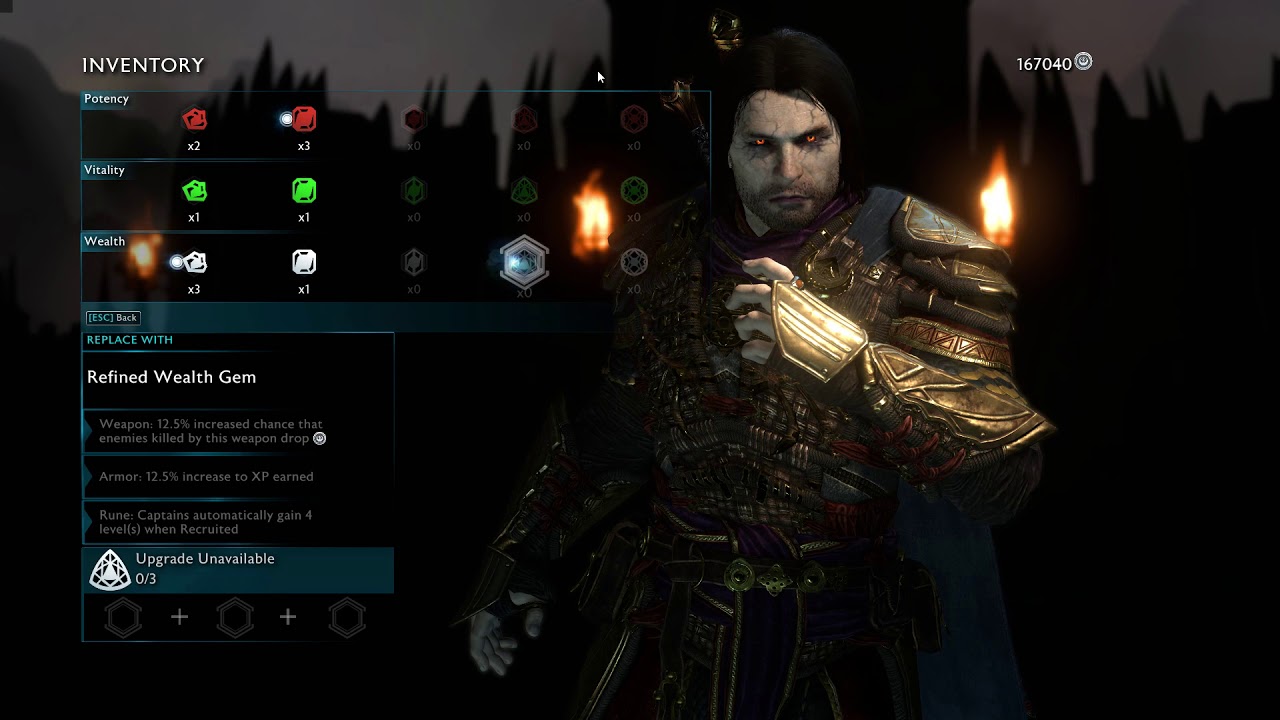 How to import your Nemesis and Follower into Shadow of War

The system for importing your Nemesis or Follower into Shadow of War from Shadow of Mordor's Nemesis Forge is surprisingly simple.

How to import your Nemesis to Shadow of War:

Some minor spoilers here, but your Nemesis will show up as the third and final champion you face in the Arena mission early on in the game.

Some people have claimed to have encountered theirs earlier, but this could either be a mistake on their part (there are an awful lot of similar looking Orcs, after all..) or the game may throw them in earlier at a random or very low probability of encouring them.

Everything you need for every step of Shadow of War.

Need more help? Our Shadow of War guide and walkthrough gives you an overview of everything you need, but if you need something in particular, we have pages on Shadow of War Fortress Sieges, how to earn Mirian in Shadow of War, a guide for how to import your Nemesis and Follower to Shadow of War, collectibles guides like how to get all Shadow of War Legendary Armour and Weapons sets, a list of Lost Artifacts and Web of Fate locations, and Ithildin Door poem solutions and Shadows of the Past, along with how to grind XP in Shadow of War to power through the tricky Shadow Wars endgame and get the true ending. Finally, there's Shadow of War's army building explained and the best skills and how to earn Skill Points.

For your Nemesis to be imported, you need to have played Shadow of Mordor on the same platform as you're playing Shadow of War. From there, whichever orc is your Nemesis, marked within the Nemesis Forge (which we explain below in more detail), will be the one to be imported automatically. You can only import your nemesis once, so be sure to lay down the prep in Shadow of Mordor first if you want something specific!

How to import your Follower to Shadow of War:

Similarly to your Nemesis, your Follower is also imported automatically in Shadow of War. This Orc will be one of those you rescue during the Damaged mission, early on in Act 2.

So with that in mind, make sure you have everything straightened out how you like it in Shadow of Mordor's Nemesis Forge before diving into Shadow of War, because once you do it's all automatically handled from then on!

§ Cut The Rope For Pc