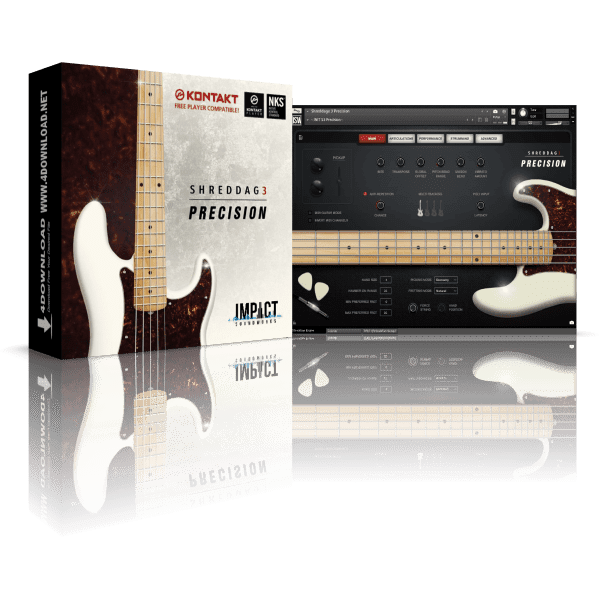 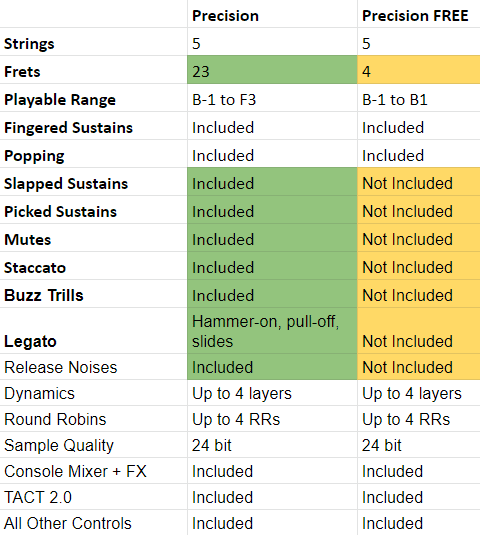 This Kontakt-powered virtual instrument features fingered, slapped, and picked playing, as well as all other core bass techniques, recorded through an analog signal chain and performed on flatwound strings for a warm, detailed tone. Shreddage 3 Precision is fully NKS compatible for use with Maschine and Komplete Kontrol hardware, and is available now for $129 from Impact Soundworks.

Shreddage 3 Precision is fully NKS compatible for use with Maschine and Komplete Kontrol hardware, and is available now for $129 from Impact Soundworks.

In contrast with previous basses released by Impact Soundworks, Shreddage 3 Precision is uniquely versatile thanks to the wealth of articulations captured, the instrument choice, and the signal chain used. It is designed for use in any genre, rather than just rock and metal, and its clean tone can be easily processed by the built-in Console modular FX rack or with external plugins.

“We wanted to create a virtual bass that sounded fantastic with no tweaking, right out-of-the-box,” said lead developer Andrew Aversa. “As soon as you start playing Shreddage 3 Precision, you’ll quickly find how smooth it sounds and how easy it is to use.”
The included Shreddage 3 engine, used in 7 other guitar and bass libraries to date, provides an intelligent ‘virtual bassist’ that responds to the user’s MIDI playing with realistic fret and string selection. The result is accurate performances that reproduce the nuance of a real performer. The playing style can then be easily adjusted to support different kinds of performances, and all articulations can be mapped to perfectly fit the user’s DAW and controller workflow.

Other key features of Shreddage 3 Precision include multiple types of staccato and palm muted articulations, harmonics, portamento slides, hammer-on and pull-off playing (including ‘slapped’ variations), pops, special FX, and a suite of adjustable release noises. These techniques allow users to write or perform virtually any type of bass part imaginable.

Shreddage 3 Precision is now available as a digital download for $129. Owners of existing Shreddage 3 instruments qualify for a discounted crossgrade price. Audio and video demos, specifications, and more product information is available at the Impact Soundworks website: